THIS arrived on Tuesday!

I learned running stitch and Satin Stitch (How did I manage before YouTube?!!) 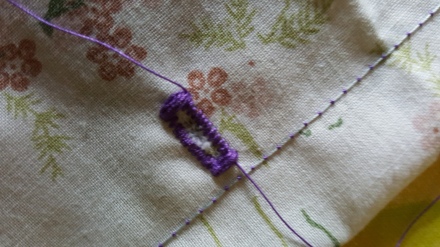 Then… (VERY exciting) I did a (sort of) button hole!! It’s like a whole new world of possibility opening up! I can ACTUALLY do like… a PROPER button hole. I don’t think I ever will… but that’s not the point!

And then I did this.
Stitching paper garlands.
NOW we’re talking… ! 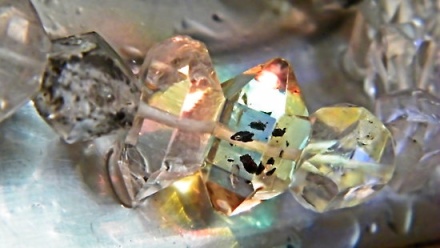 I pick one up

hold it to the light

I wanted to write about the way that I spend hours looking at words before I put them together, and even then, unsatisfied, I pick them up again and shuffle the order. I do this so often, and probably to the detriment of anything I write.

I wanted to write about how hard I find it to even begin to write, because of the fear that I can’t do justice to my subject; how, as a perfectionist, I torture myself about how badly I’ve expressed something… how frightened I am that instead of a glittering diamond necklace, I come away with a cheap imitation, or a broken thread.

I wanted to write about the discipline of writing… writing without editing, plain, honest, raw…

Now I’m out of time. 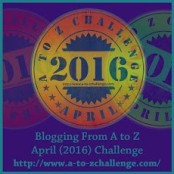 It’s what I’m good at, and you honestly won’t hear me use that phrase very often.

As the official leader of The Society of Burnt Out Teachers, I nowadays realise that although my passion for teaching English and English Literature will never waver, the transference of my enthusiasm doesn’t have to be within a classroom. No. In some ways, it’s easier to deliver it within a mentoring relationship. Because, as most good teachers will agree, at a certain age, its RELATIONSHIP which is the single most important factor in the delivery of successful teaching.

Mentoring allows a relationship to flourish (hopefully) and then, once established, it’s an open landscape on which, as a trusted mentor, you can help to build whatever scene and whichever structure, will most benefit and satisfy the mentee.

I’ve mentored a lot of your people, before and during my teaching career. Nothing sparks me like being able to nurture an ambition in someone. I love to help breathe hope into other people’s hearts. Nothing gives me a renewed sense of purpose like showing someone else their purpose.

Anybody else get this?

A poet like Dickinson has the enviable ability to load a verse with meaning so deep and so heavy you wonder how such simple words can bear the weight.. Her gatherings of commonplace words so often made to shine by their careful ordering, carry a grief so weighty you wonder the words don’t crumble beneath the despair.

This simple little verse almost sags in the middle with the enormity of her existential reflection!

I wanted to put it out there because I think it’s something that every one of needs to have asked and explored. Not in a naval gazing way, more in a back-of-the-mind type of way.

And sometimes, it’s good to rethink the areas of my life I can control; and the areas that I can’t. Personally I find it useful to remember that life is short, and wanting control over something doesn’t grant me the right to it. More than that, I know that there are things WITHIN my power, that I need to take control of, rather than deny or disown.

THAT is the hard thing. That’s where Dickinson’s innocent thought is a smack in the face!

If your default state of mind involves a relentless drive towards perfection.

If the eye flinching, wincing, mincing voice of piercing criticism carries through veins and synapses

If you cannot bear the bird that longs to nestle in your palm, for fear that it will turn and peck your sockets hollow

If your thoughts are spurs and feelings, whips that lash your saddened soul

then hear the call and heed it

Rebel against your own state of mind.

I came across this quote today and have to admit, it’s tempting to take it on face value. As I read it, I can imagine the rush of warmth from the sense of  triumph as it pours from my head into the rest of my body!

Ah! the satisfaction of achieving something someone has branded, ‘impossible’! Nothing quite like it!

The idea that you can’t do something can be a negative thing. What’s the point in trying? No point in reaching for that goal, no point in even taking the steps that might just lead to the foot of the stairs you haven’t the heart to climb. How many dreams have I turned the extinguisher on before they even properly caught..? I daren’t think!

On the other hand, being told you CAN’T do something, may strengthen your determination! It might make you grit your teeth and set out to prove them all wrong! Achieving the seemingly impossible, can often be the result of sheer grit and perseverance.

Today I continue to strive for something that seems impossible.

I have been given mixed opinions on how realistic it is. Some have said ‘yes’, some say ‘no’. A lot have said I’d need to settle for less.

I hazard a guess that most impossible, implausible and unrealistic achievements have been battles hard fought and won by people who refused to listen to anyone but that inner drive. The hunger inside that won’t be deterred. And when it gets too tiring, they’ve stopped for a rest, but then they’ve got back up and carried on.

I want to be one of those who keeps focussed on the end prize and not on the whispers of others’ opinions. I want to be motivated by the impossible, not defeated.

Anyone with me? Are you fighting too? If so, it can really help to remember a time where you’ve had that feeling of triumph!